Due to the increasing scarcity of fossil fuels, the project to save energy is becoming more and more important. In order to realize this project, energy-saving construction is an important measure. This was mentioned for the first time in 1976 in the context of the oil crisis by the Energy Saving Act and is particularly relevant today in connection with the Energy Saving Ordinance EnEV.

The following article explains what exactly is meant by the term energy-saving construction, how great its benefits and potential are and what specific measures result from this term. 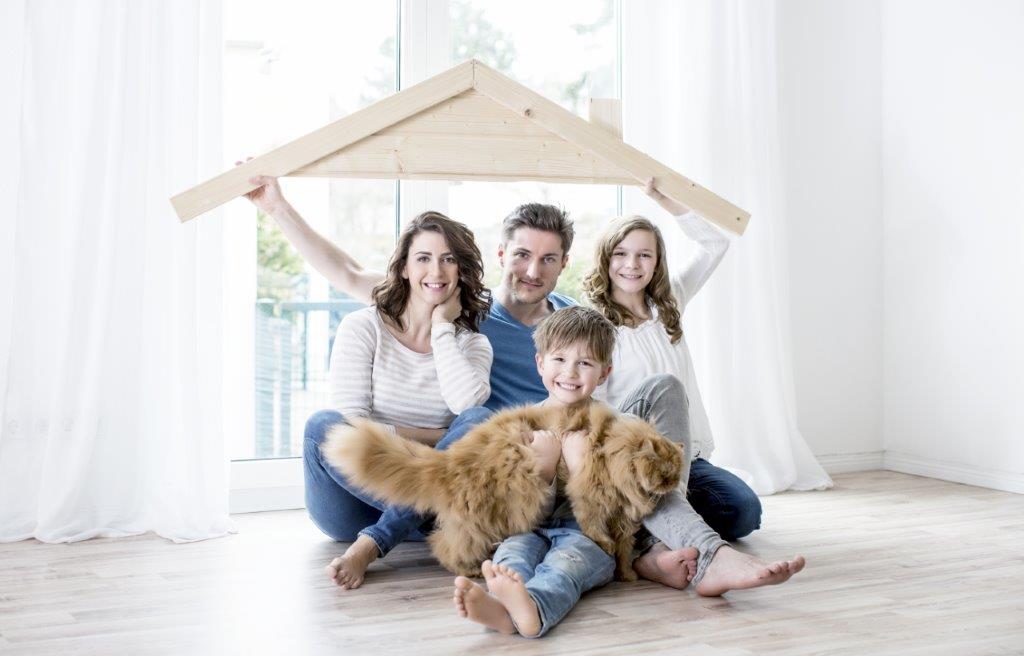 Benefits and potential of energy-saving construction

Within residential buildings, the goal of saving energy in new buildings and renovations is achieved by making the building envelope more and more impermeable to air in order to avoid heat loss. As a result, the subject of ventilation is becoming increasingly important, as the hygienic exchange of air must still be ensured (EnEV § 6. Paragraph 2).
While in old buildings, simply ventilating the windows was sufficient to achieve adequate moisture protection, as windows, doors, roofs and masonry were less tight, modern new buildings and buildings renovated according to energy-related criteria have to be ventilated differently and more reliably. A ventilation concept adapted to the building standard and the use of the building prevents the formation of moisture and thus the formation of mold and ensures that the room air is hygienically perfect, clean and low in pollutants.

Overall, this is referred to as an “airtight construction”, which is intended to prevent energy and heat losses. But not only new buildings, which usually only have a quarter of the heating requirement compared to existing buildings, offer a great opportunity to conserve fossil fuels and reduce energy requirements. If one only looks at the energy consumption of the existing buildings in Germany, the considerable savings potential through building renovation can easily be seen here as well.

In addition to saving energy and conserving fossil resources, there is also a cost advantage that results from energy-saving construction. This means that, above all, the annual operating costs are reduced due to the lower consumption of heating and hot water. 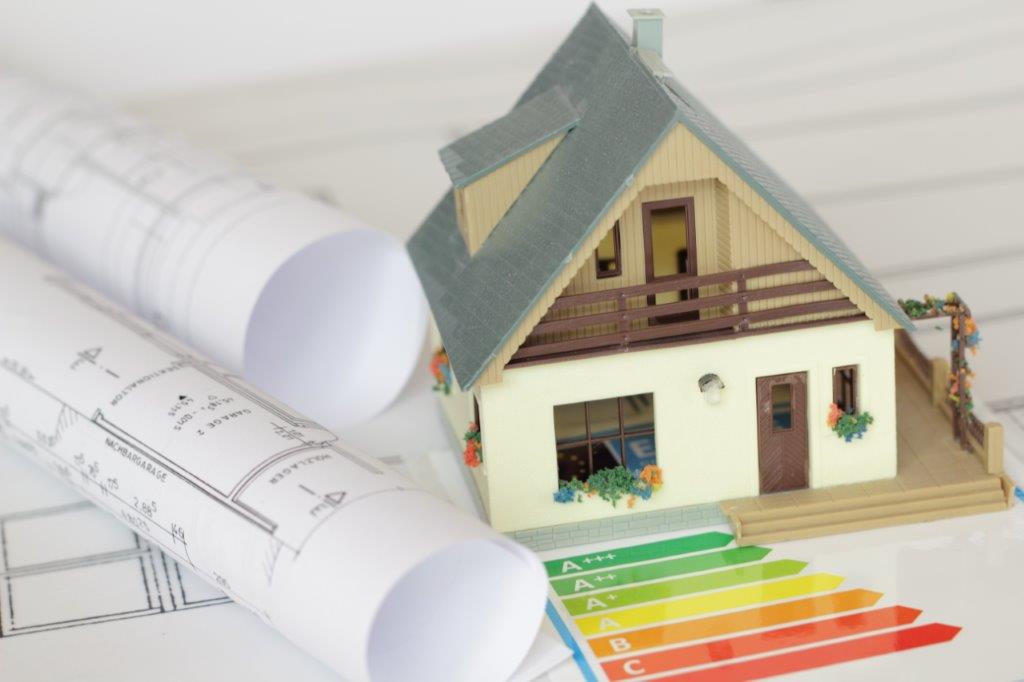 Parameters and specifications of energy-saving construction

The value of the transmission heat loss HT, called U-value for short, enables all components to be compared. This value indicates which heat flow (given in watts) flows through a temperature difference of one Kelvin measured on one square meter between the inner and outer wall. This results in the unit watt per square meter and Kelvin, or W / (m²K) for short. The following applies here: the better the thermal insulation, the lower the U-value, which results in only a small amount of heat loss and uncontrolled heat exchange. 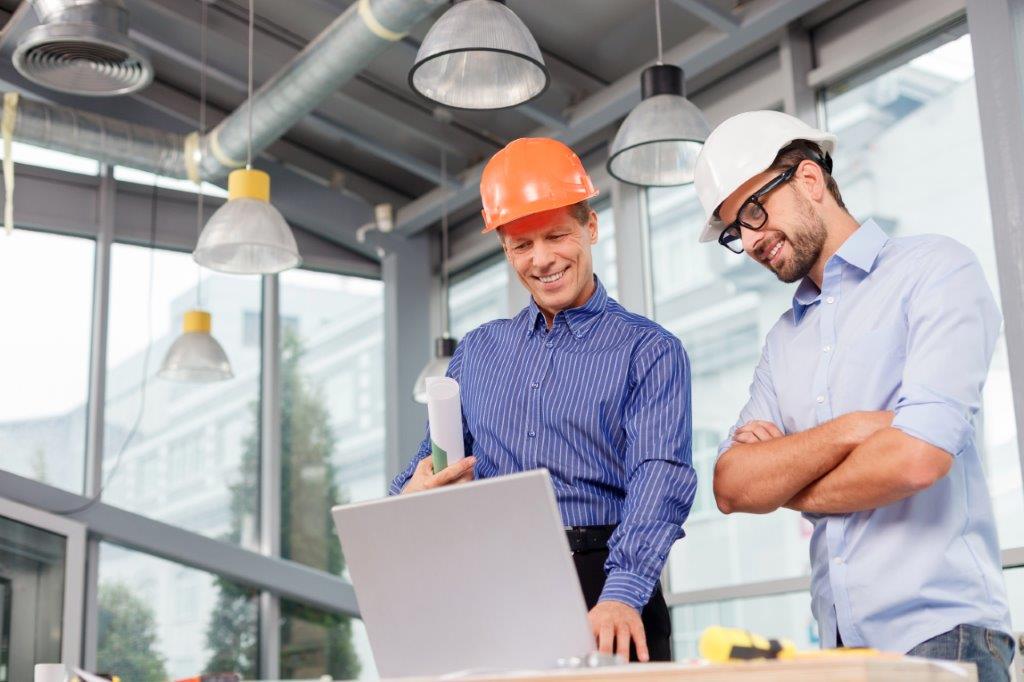 With the help of the U-value, the Energy Saving Ordinance, abbreviated EnEV, stipulated more stringent requirements for the individual components of a building. As a result, only certain doors, windows and roof structures can now be used in a renovation or a new building.

For external walls, for example, the EnEV specifies a maximum U-value of 0.24 W / (m²K). However, it is up to the energy consultant or architect to decide by which measures this value is adhered to.

Specifications and measures, such as those for the exterior walls, exist for almost all component groups in a building. If the EnEV requirements are met in their entirety or if a corresponding renovation project is planned, this may be eligible for funding from KfW (Kreditanstalt für Wiederaufbau). Another parameter that is used in energy-saving construction and by the EnEV is the final energy demand. This is measured in kilowatt hours per square meter and year, or kWh / (m²a) for short. As with the U-value, the same applies here: the lower the final energy requirement, the more energy-saving the building is.

This parameter is best known for the energy certificates that are issued for real estate. In the meantime, the contents of this ID card must also be specified in newspaper advertisements in order to create transparency for the end customer.

If a residential building is planned nowadays, a number of points must be taken into account: 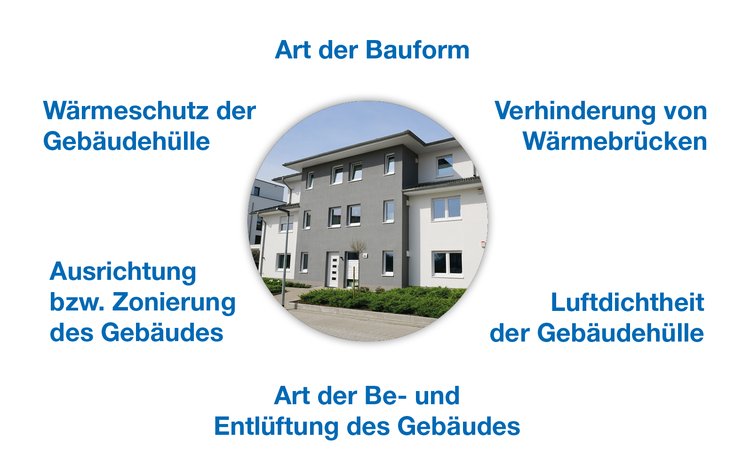 The point alignment and zoning of a building relates to the alignment of the rooms according to the cardinal points. It is worthwhile to move rooms with a low heating requirement to the north, such as bedrooms and stairs. To the south and west you can benefit from the long incidence of sunlight, which is why it is advantageous to place the living room on this side. For example, if the living room is on the north side, not only does it have to be heated a lot, but the lights also have to be switched on earlier.

If the energy certificate is used to compare the consumption, the value of the primary energy requirement is indicated on a color scale with a gradient from green to red. The green area applies to a low and the red area to a high primary energy requirement. However, due to various changes in the EnEV, the display of the value on the scale is not always meaningful. Until the EnEV amendment in 2014, the scale ranged up to a value of 400 kWh / m2 / a. From 2014 the scale range was reduced to a value of 250 kWh / m2 / a. This means that a value that was in the green area before the EnEV 2014 can be in the red area of ​​the scale after the new values ​​and thus causes confusion. Therefore, when comparing the primary energy requirement, the date of issue of the energy certificate must also be taken into account. An energy certificate is valid for 10 years, which means that energy certificates with a different scale to the current Energy Saving Ordinance can still be available until 2024.

Consideration of individual componentsSpecifications and measures for energy-saving masonry

Masonry that was built in the past has a U-value of up to 2.2 W / (m2K). Such a high value results in a high loss of energy. A masonry can be retrofitted with a thermal insulation composite system with a thickness of 16 centimeters. The improvement in heat loss is from 29-41 percent under the various aspects, even without taking into account the changed thermal bridge allowance. These enormous differences in the U-value clearly show how the requirements for masonry alone have changed in recent decades. 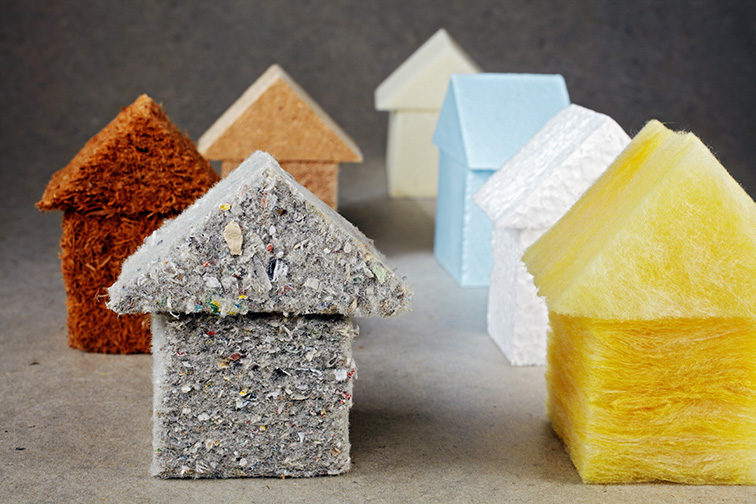 Further quality features are the thermal conductivity and the subdivision of the stones according to their density. Consequently, a clear distinction must be made between stones, bricks, blocks or slabs when speaking of the term masonry. As mentioned earlier, the maximum U-value for exterior walls of residential buildings is 0.24 W / (m2K). If you now look at the data sheets of the manufacturers of different constructions of the wall elements, you can see that the industry is developing simultaneously with the requirements of politics. Most manufacturers provide wall elements that already meet the EnEV requirements without additional insulation. These can be hollow bricks, for example, in which the cavities are filled with insulating material. A second variant are aerated concrete blocks, in which the density is reduced by using light mortar.

In addition, exterior and interior plaster are also part of the walls. The market offers special types of plaster for every need, such as B. thermal insulation plaster, water-repellent plaster and synthetic resin plaster, which are usually used in the shoring with each other as a base or finish. These can have different thermal conductivities and thus lower the primary energy requirement.

Specifications and measures for an energy-saving roof

The roofs built in the last decades consisted of the classic brick with a supporting frame made of wooden beams. Here, too, the requirements have changed considerably, not only from the perspective of the legislature, but also from the point of view of the resident. In the past, sealing materials were poured into the false ceiling, the area between the attic and the floor below, to insulate the roof.

Today you can find mineral wool up to a thickness of 26 centimeters in these spaces in order to keep the heat losses as small as possible. For this, the professional installation of all layers such as rafters, counter battens or plasterboard panels is particularly important so that the vapor barrier can be installed in the roof without damage.

Due to the previous thermal insulation ordinance and the EnEV, which replaced it in 2002, the demands on thermal insulation increased continuously. Due to these increasing demands on the insulation of the roof, the construction or retrofitting of a tight building envelope is promoted here as well. As with the exterior wall, the guide value U is 0.24 W / (m2K). Consequently, the same low heat loss should be achieved through building components such as insulating wool and wooden rafters even without bricks. 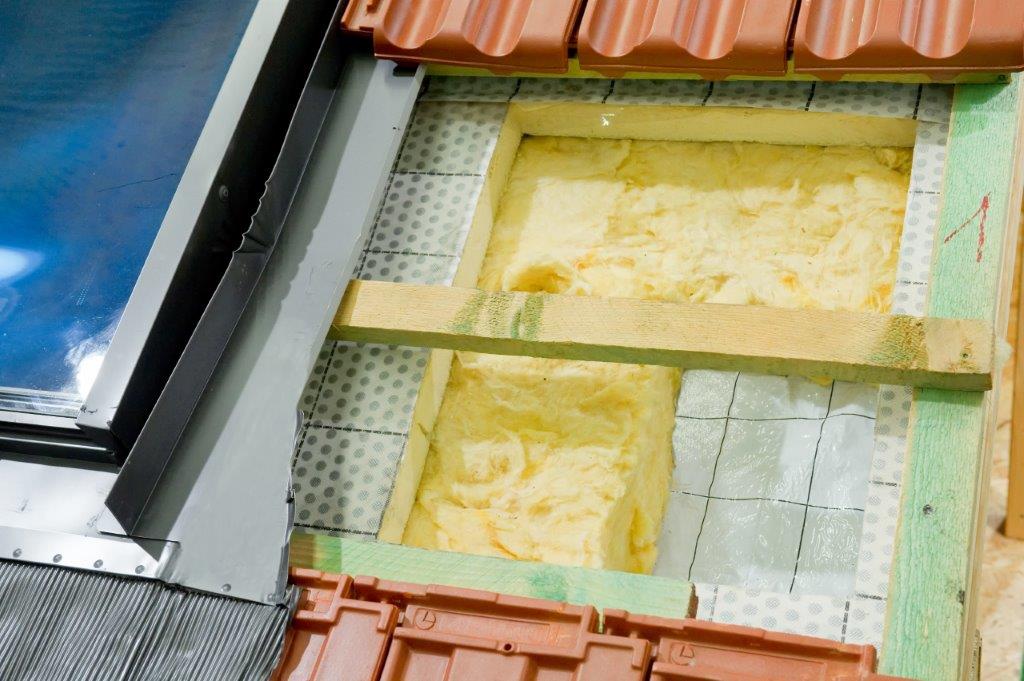 Specifications and measures for energy-saving windows

If the demands on the masonry and roof increase, the windows must also be taken into account. In 1977 the specification for windows was a thermally insulated aluminum and steel profile with a U-value of 3.5 W / (m2K). The EnEV, in turn, stipulates a minimum value of 1.3 W / (m2K) or better without the material of the window frame being subdivided. A separate value of 1.1 W / (m2K) is specified for the glazing. When buying the frame and glazing as a whole, make sure that the window has a value of 1.3 W / (m2K). In connection with windows and doors, another important term comes up with the joint permeability coefficient. 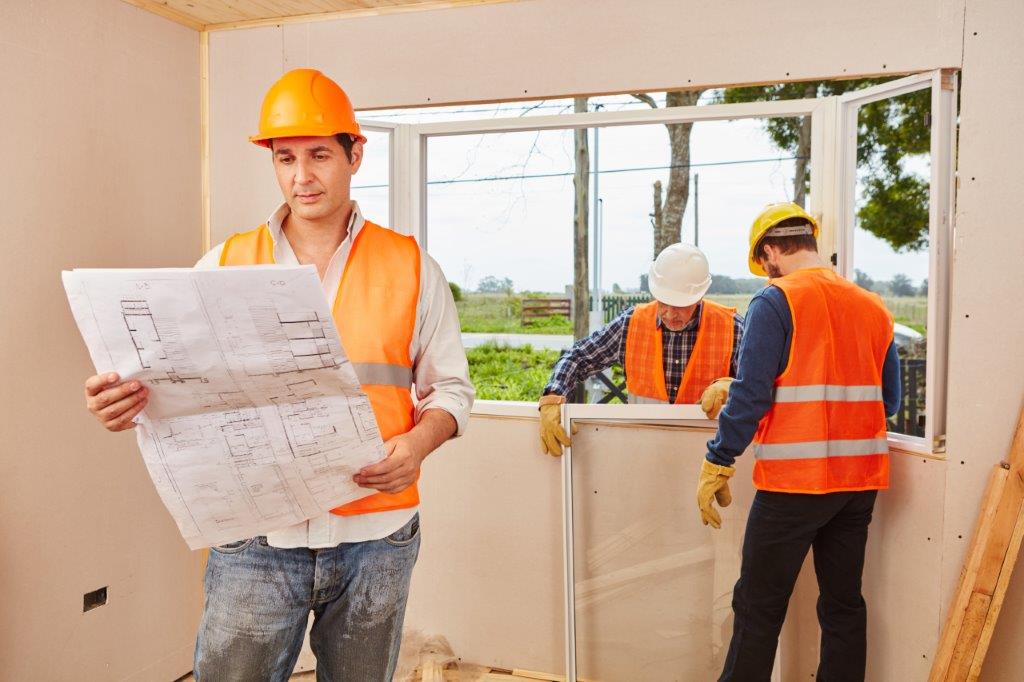 This indicates how much air is exchanged on one meter of frame joint. The coefficient is measured in square meters at a pressure difference of 10 Pascal. Here, too, the following applies: the lower this value, the better and lower the uncontrolled exchange of air. Today this term is hardly used any more. The air permeability is now divided into classes 0 to 4 by DIN 12207, with class 4 standing for the lowest uncontrolled exchange of air.

Furthermore, the installation of the windows and the window sill in the masonry and the materials used for them also play a major role in terms of airtightness. The draft, which usually occurs under the window sill, is a typical phenomenon. It is important to avoid this draft, which means that the need for controlled living space ventilation is increasingly coming into focus.

The blower door test, also known as airtightness measurement, is used to determine and measure such a draft. For this test, the building is pressurized by fans with 50 Pascal negative and positive pressure and a wind force of 5. This is used to form the n50 value, which shows how high or low the leakages are in the entire building envelope. The word leak is a synonym for the word leak or hole. If the construction project is funded by KfW, the test must be carried out.

The demands on the building envelope are getting higher and higher. A building should let as little air out as possible in order to prevent energy and heat loss. Ordinances such as the EnEV specify specific guide values for renovation or new buildings that are to be achieved through various measures. In view of the operating costs, a tight building envelope also has a significant cost advantage. The disadvantage arises from the lack of natural air exchange. This disadvantage can be compensated for by installing an automatic ventilation system. Decentralized ventilation systems in particular are not only suitable for new buildings, but also for retrofitting an existing building.