Noise development and noise during ventilationBasics and definition of sound

Sound is understood as the wave-like propagating vibration in a gaseous, liquid or solid substance that causes noise. The sound frequency (pitch) denotes the number of vibrations of the sound wave per second, measured in Hertz [Hz]. The human hearing range is between 16 Hz and 20,000 Hz, with the upper frequency range decreasing towards lower frequencies with advancing age. This means that adults tend to perceive high notes more poorly than children. The sound waves with frequencies below 16 Hz that are inaudible to humans are called infrasound, while those with a frequency of over 20,000 Hz are called ultrasound. These are used by various animal species for communication or orientation.

The human ear, as a sensory organ for picking up sounds, not only perceives them as soft or loud, but also as pleasant or unpleasant. In addition to the physical laws, the physiological relationships due to the subjective hearing sensation are important when evaluating noise.

Sound transmission and types of sound

Sound waves cannot propagate in a vacuum, but need a so-called transmission medium whose moving particles can transmit the wave – for example air, water, rock or metal.

“Structure-borne noise” refers to mechanical vibrations that propagate in solid materials. This cannot be perceived directly by the ear, but is emitted by radiation from walls and other surfaces as airborne sound that the human ear can hear. The surface of the body makes the surrounding air vibrate like the membrane of a loudspeaker. Examples of structure-borne noise are: hammering a nail into the wall, dropping objects or climbing stairs (impact sound).

“Airborne sound” is transmitted directly through pressure oscillations in the air, such as when speaking. The sound propagates in the open spherical in all directions and depends on the distance of the sound source, obstacles on the way and the so-called sound reflection, which leads to the creation of an echo. 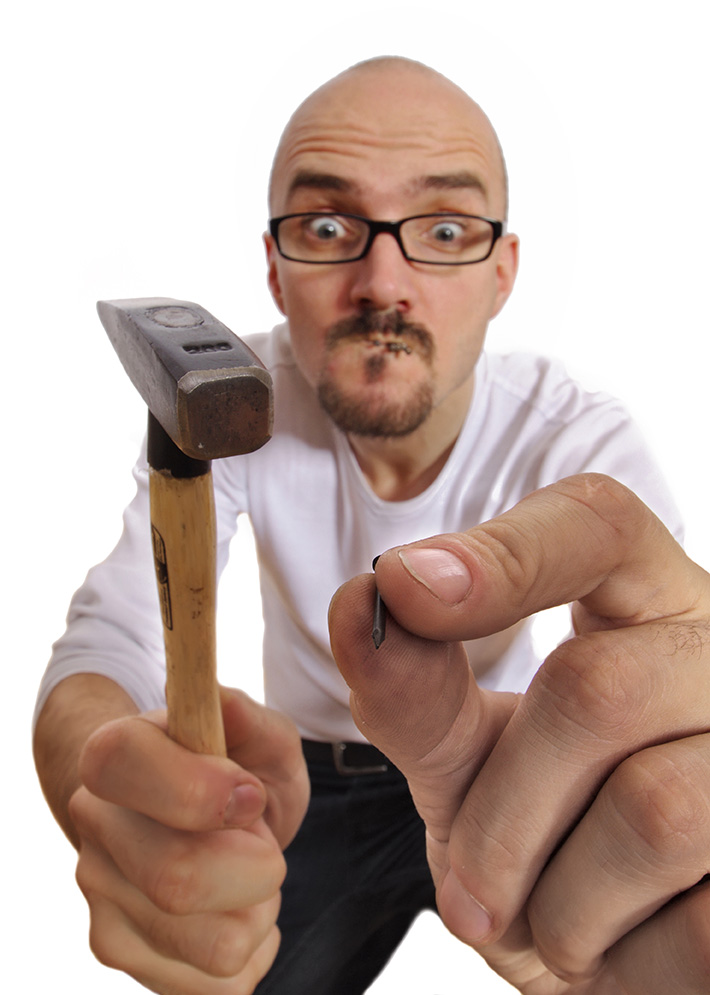 The hearing can process a sound pressure range from 0.00002 Pa (hearing threshold) to approx. 20 Pa (pain threshold). The human hearing can ignore slow pressure fluctuations, for example due to the difference in height when climbing stairs (several 10 Pa) or when the weather changes. The existing static air pressure has no influence on hearing, because it acts equally on the outside and inside of the eardrum. Pressure equalization can take place during yawning or other jaw movements. 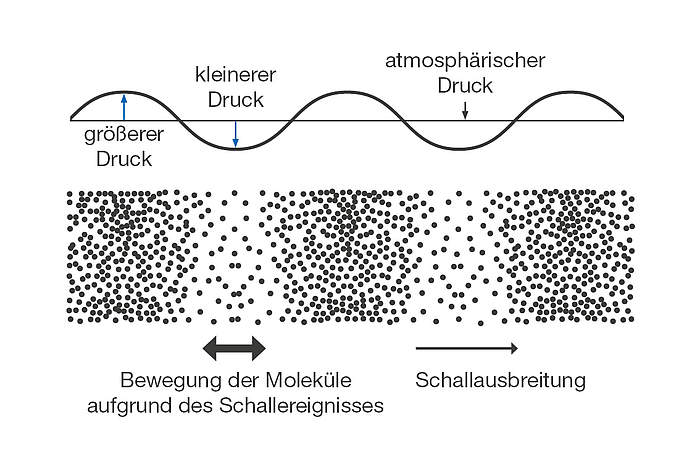 The volume impression does not only depend on the sound pressure, but also on the perception of the human ear. The ear is very sensitive to weak signals; it is much less sensitive to strong signals.

The human ear also works roughly logarithmically, the decibel measure of the sound pressure level thus allows a better representation of the volume impression of an acoustic signal. A person cannot perceive differences of less than a decibel. An increase in the sound level by 10 dB is perceived as a possible doubling of the volume. Doubling the distance to the sound source results in a level reduction of approx. 5 dB.

Wind and weather changes affect the air volume flow that flows through a ventilation system. This can sometimes result in perceptible and annoying noises. Noise reduction can be achieved through manual controls or through automated adaptation using suitable accessories.

“Here in northern Germany we always had the problem that the strong north wind caused the fans of our ventilation systems to overdrive. You could also hear that acoustically. With the new inVENTer PAX, we finally have a solution for all affected residential units on the coastal region. ” – Olaf Elbinger 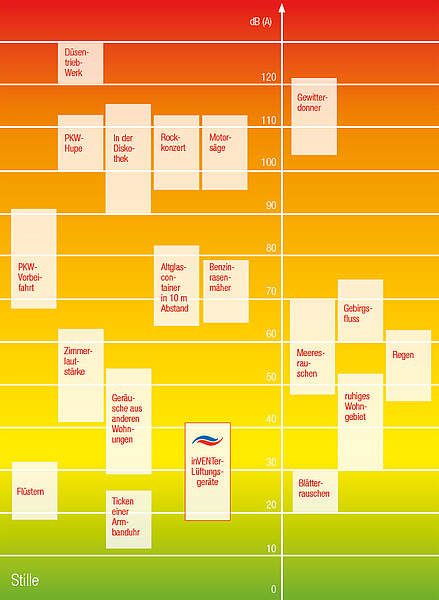 Calculation of the sound power:

I – sound intensity
A – reference area

The sound power [P] is a variable that is independent of distance and room and is suitable as a starting point for all sound engineering calculations. The sound power level [Lw] is the logarithmic representation of the sound power and, in practice, the common quantity.

The doubling of the sound power leads to an increase in the sound level of 3 dB:

If two sound sources with Lw = 0 dB each are added, the result is 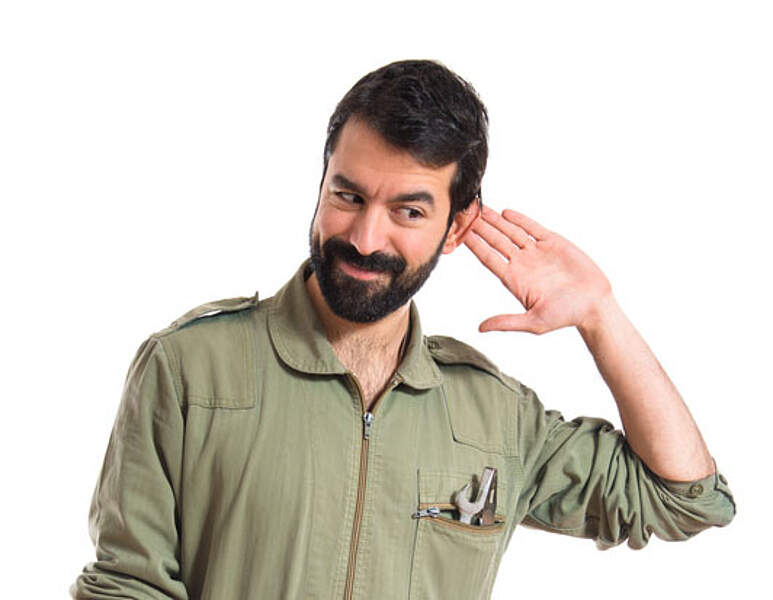 Adding two sound sources with 65 dB each results in

Doubling the sound pressure results in an increase of 6 dB:

Doubling of the sound pressure with an output of Lp = 40 dB:

The standard sound level difference is a measured variable for characterizing the airborne sound insulation of a component and is frequency-dependent. Here, the ability of the component to provide sound insulation between two rooms is measured. The value indicates the sound pressure difference between the generator room and the receiving room (measured in dB).

The total sound energy that is radiated from a sound source per second is the sound power [P]. It cannot be measured directly, but can only be determined using certain measuring methods. A sound source has a constant sound power that does not change when it radiates (emits) into another room environment.

The experimental setup for measuring the sound power is carried out as follows: The noise source is off, the fan is on. It’s quiet in the sending room, but the fan is making a noise in the receiving room. The microphones measure how much of the noise from the ventilation reaches the reception room.